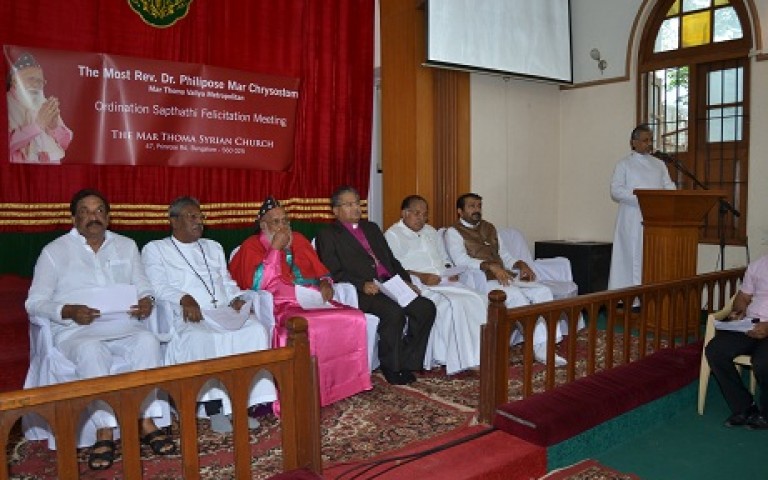 Valiya thirumeni started his ordained ministry with our parish. A ‘The Philipose Mar Chrysostom Mar Thoma Valiya Metropolitan Endowment Fund’ was established. The proceeds of the endowment will be used for supporting evangelists through our diocese